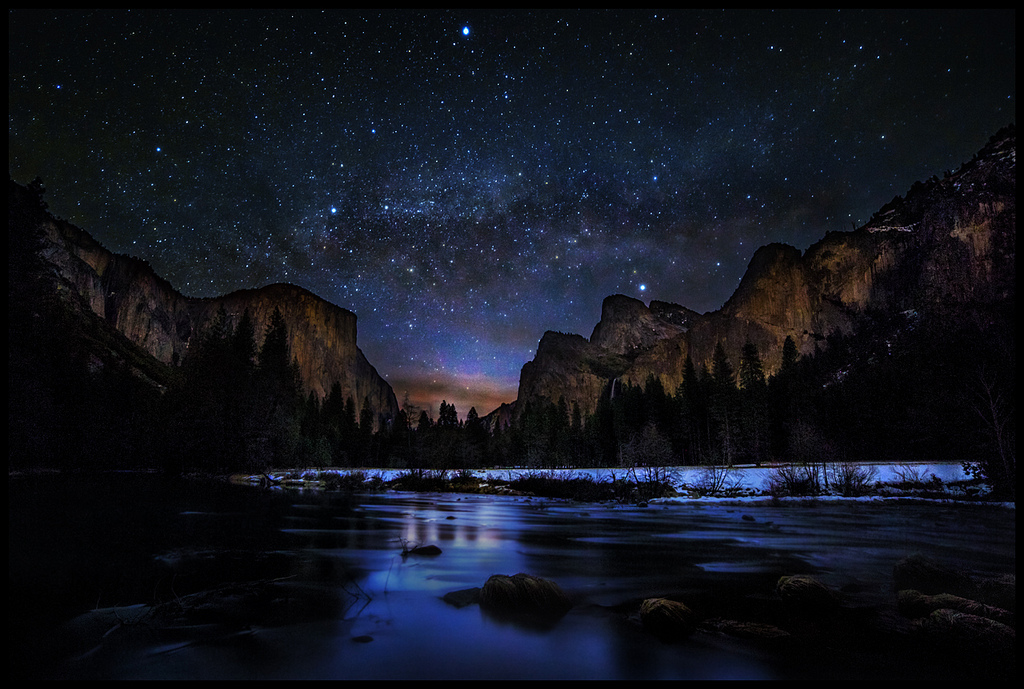 See the Stars from the Most Magnificent View

Yosemite is the perfect backdrop for stargazing, and it offers a number of opportunities for the pastime. Year round visitors to the park can look up at the night sky over Yosemite and see billions of stars. The best places for stargazing are areas with unobstructed views of the sky, such as Glacier Point, the Badger Pass ski area, or open areas of Yosemite Valley. A number of stargazing tours are also available in Yosemite National Park. By participating in one of these tours, you’ll find the best places in Yosemite to see the stars, you’ll have the opportunity to use telescopes of your own or telescopes in the park to gaze at the heavens, and you’ll have a knowledgeable tour guide to help you find things like meteor showers, constellations, comets, and planets. Bring along a star chart and look for constellations, or look through binoculars at some of our planetary neighbors.

For a speechless view of the stars, try Sentinel Dome at night. It’s the best 360° unobstructed view of the heavens you can see, especially during the meteor showers in August. You’ll also have excellent naked-eye views of the Milky Way galaxy. But aided by a telescope at Glacier Point, you’ll be able to view many other astronomical objects such as star clusters, gaseous nebulae and planets. This summer, during mid-August to mid September, Mars will be very near to earth. The closest approach will be on August 27. Mars will be closer to earth than it has been on that day in over 1000 years!

In June, July, and August, amateur astronomers often set up telescopes at Glacier Point on Saturdays, and astronomy walks or talks may also be offered elsewhere in the park. Once the road is open to Glacier Point, usually around July 1, rangers provide a star and constellation sunset talk at the point itself. But on these selected weekends, the rangers will be joined by between 10 and 30 amateur astronomers with their own telescopes which are set up in or around the amphitheater at Glacier Point. If you plan a trip to Yosemite during the summer, why not pick one of these weekends and come up with your red flashlight to Glacier Point at sunset. The viewing area at Glacier Point is mostly flat and can accommodate several hundred persons. It may be best to avoid full moon weekends, as many objects in the night sky will be washed-out. 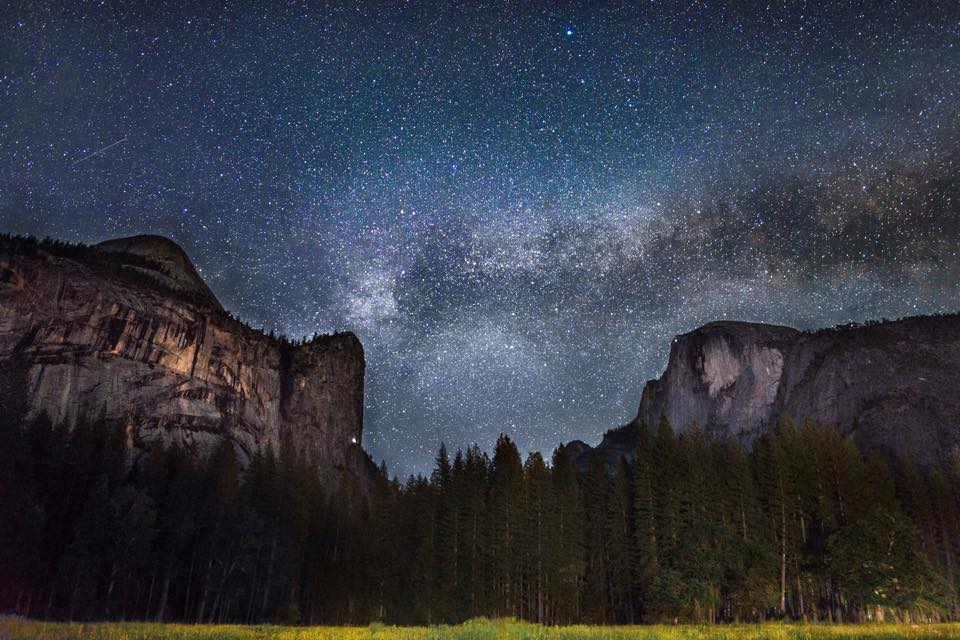 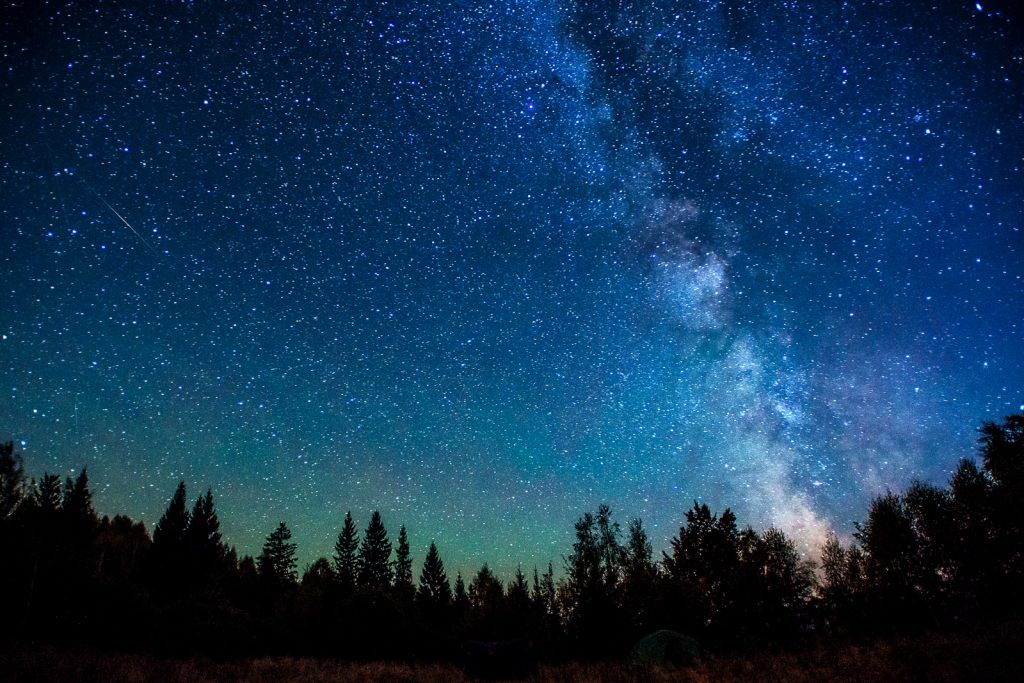 These star parties are offered as a public service by the national park and the astronomy clubs, and anyone is welcome to attend. Bring your own telescope or binoculars and jacket (it can get quite cool even during summer) and join the fun. To bring a telescope, you may need to be a member of a sponsoring astronomy club; it is one of the benefits of astronomy club membership. But you can come up as a visitor to the park and enjoy looking through all the telescopes any weekend. Here are the dates and which clubs will bring telescopes for you to look through. Check with the park service regarding equipment and for the current schedule.

One such Yosemite star tour is the Starry Skies Over Yosemite/Wawona Tour. This tour runs through the summer and fall and is capped at seventy participants per tour group. It costs five dollars per person and lasts for an hour and a half. On this Yosemite stargazing tour, you’ll explore the skies while learning about some of the folklore surrounding what you see. This tour is offered at the Wawona Hotel once a week and multiple times per week in Yosemite Valley.

Another popular Yosemite star tour is the Glacier Point Stargazing Tour. This bus tour runs throughout the summer and lasts four hours. It begins with a guided tour from Yosemite Valley up to Glacier Point that explores Yosemite’s cultural and natural history. Once at Glacier Point, your Yosemite stargazing experience begins. The views of Yosemite Valley are unparalleled from Glacier Point, and the clear view offered of the sky is equally breathtaking. Many people bring their own handheld telescopes on this tour to get a better look at the astrological sights that the tour guide points out. 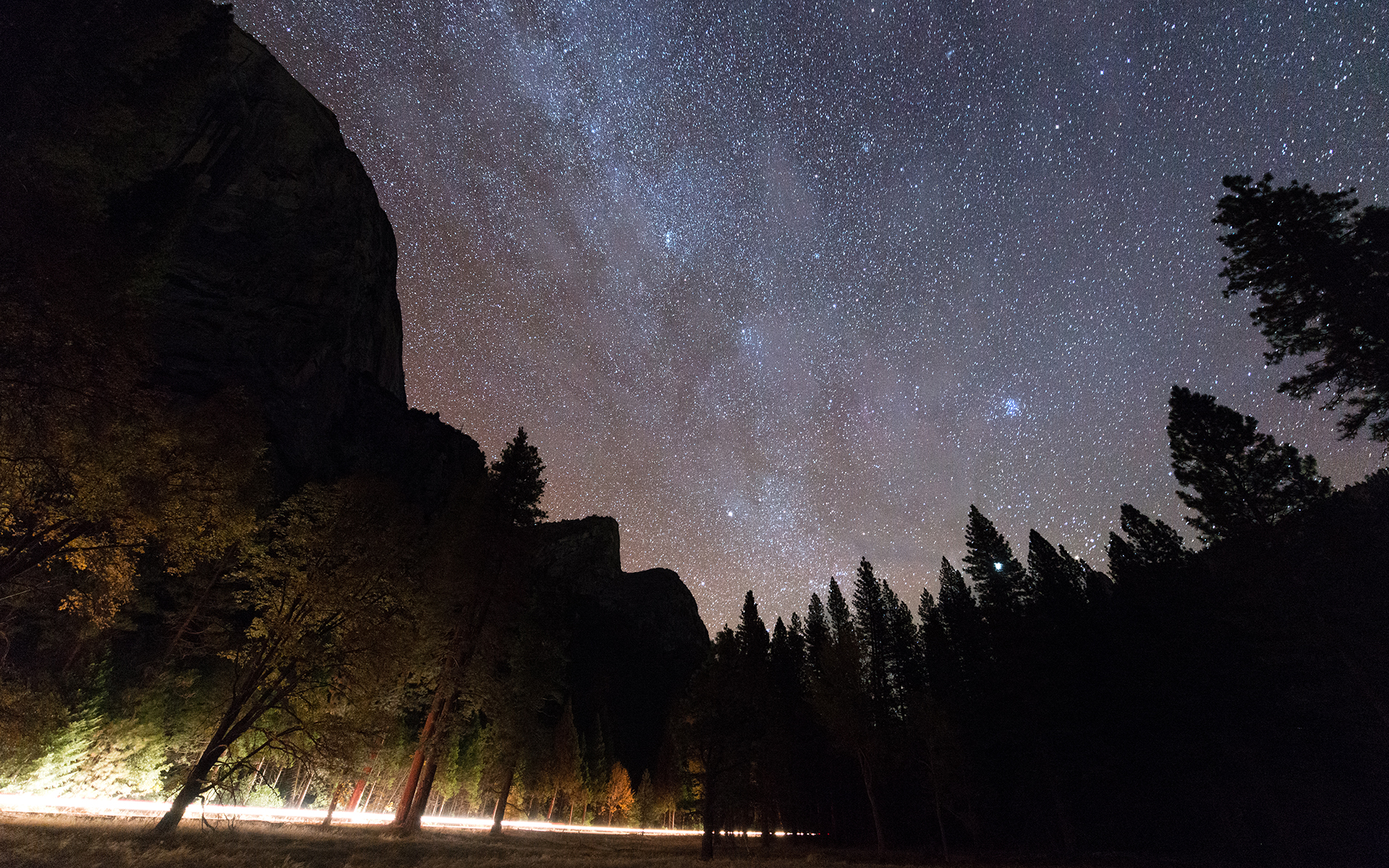