Exploring Yosemite in wintertime isn’t just about beating the crowds, though you’ll likely enjoy more quiet and solitude than in the height of the summer tourist season; it’s about appreciating the park’s mountains and forests at arguably their most beautiful. Given its fairly close proximity to the Pacific Ocean, the Sierra Nevada—like the Cascade Range that commences just beyond the northern spurs of the Sierras and continues their north-south orientation into the Pacific Northwest—typically receives heavy snowfall in higher elevations during the winter. The maritime influence, however, keeps the mountains more mild than the Rockies and other interior ranges, and the western foothills are often snow-free.

Depending on current weather conditions and the timing of your winter visit, you may find Yosemite Valley frosted with snow or basically clear. There are plenty of outstanding activities awaiting the wintertime visitor to Yosemite, from skiing up at Badger Pass to skating at the Curry Village Ice Rink and indulging in a little ski and snowshoe touring in Mariposa Grove. You’ve got guided outings led by park staff for exploring the snowy woods and glades, while the park’s indoor gems—such as the venerable Ahwahnee Hotel or the fascinating Yosemite Museum—offer warm and cozy refuges. You’ll undoubtedly discover, however, much of your winter visit to Yosemite National Park occupied with gaping at and meditating on the incomparable scenery. In that sense, a winter experience in Yosemite country is much the same as a summer one: For all the recreational and entertainment opportunities at hand, you’re consistently drawn back to the foundational quintessence of this magical corner of the country—the mosaic of granite ramparts, monumental groves of pine, sequoia, Douglas-fir, and other mighty trees, and plunging, burrowing, meandering streams. 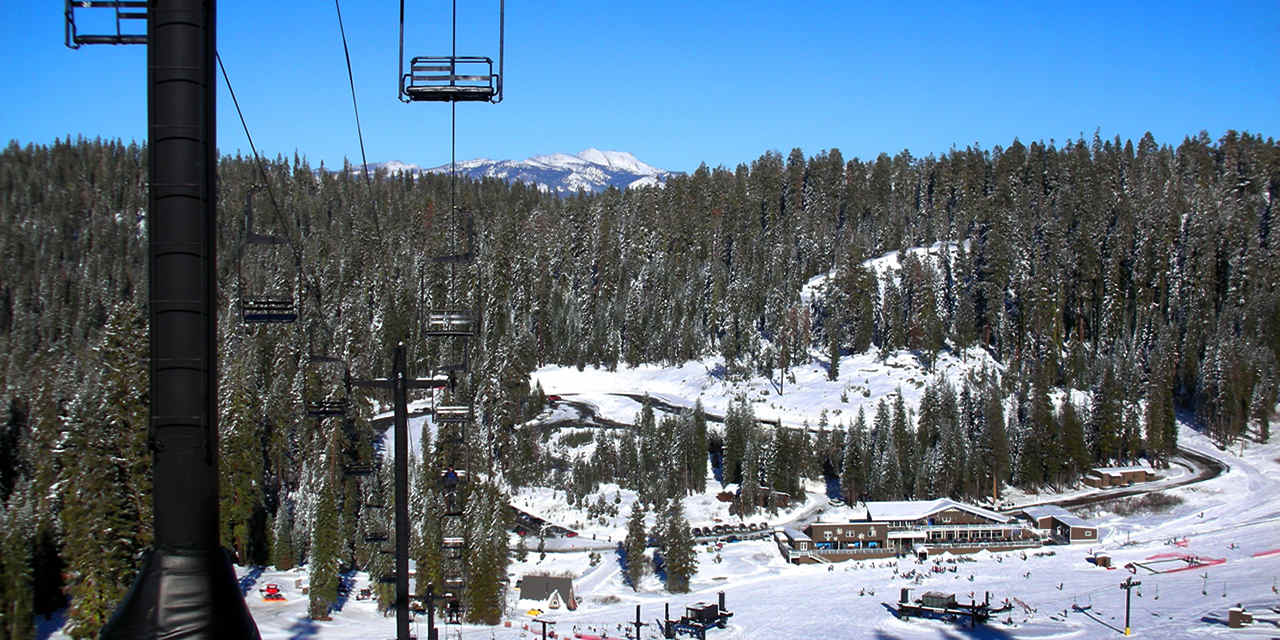 The joy of winter is the snow coat this fabulous country wears on the other side of the calendar from summer’s dry heat. Yosemite’s free shuttle buses provide the perfect introduction to the park’s geological and ecological grandeur. Rolling through Yosemite Valley, you can pay your respects to the sublime rock faces of El Capitan and Half Dome. The famous waterfalls plunging toward the Merced River off the valley’s mountain walls vary significantly in volume across the year; in early winter they may be middling or dry, but later in the season the cataracts usually flow more strongly, fed by snow and rain. Most of the winter, you’ll be able to discern at least a misty ribbon of Yosemite Falls. Yosemite Valley is the anchor for most park visitors, and its accessibility in winter makes it a fine home base. But while much of the park is difficult to access when snows close higher-elevation roads and muffle the subalpine terrain, you can still find plenty of scenic delights beyond the valley floor.

Shuttles can transport you up to Badger Pass, allowing you to sample the snowy heart of the mountains. You can also wander—on cross-country skis or snowshoes in a typical winter—the park’s stands of giant sequoias, the world’s most massive trees. Mariposa Grove is the most well-known sequoia wood, but others, such as Merced and Tuolumne groves, await your discovery on foot.

The Hetch Hetchy Valley is a northerly and less-visited counterpart of Yosemite Valley. Its Hetch Hetchy Reservoir—source of San Francisco’s drinking water—along the Tuoloumne River is often a premier destination in winter, given its relatively low elevation. All in all, winter is one of the best times to appreciate Yosemite scenery. Mist, snow, ice-laced streams and ice-glazed cliffs—the sights are transfixing.